Well, what can I say 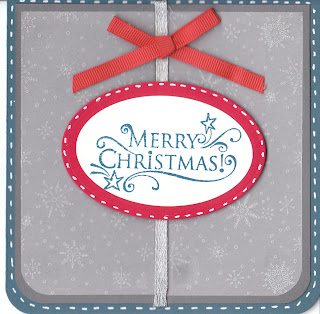 (two cards...be sure to scroll down!)

I just couldn't stay away! After less than a week of not blogging, I was having withdrawals! Does that make me a blogging addict? I think it does. I wonder if there is a support group, anyone know? I'm not sure if I'll be posting everyday again, just yet; but I will post as I can. It's so rainy and yucky here in Rhode Island that there isn't much else to do except stamp. Yesterday I decided to take a stab at Friday's WSC and Get sketchy challenge. The first one is for Get Sketchy. As you can probably tell, I wasn't feeling my mojo quite yet with this one. The sketch was really great and I think I am going to try to do it again; but for now this will have to do. I knew that I wanted to incorporate the snow covered vellum that I found the other day; but I had a difficult time trying to find a background that would make the vellum stand out. I finally decided on a piece of basic grey, which I layered on a square piece of Not Quite Navy. I also didn't want to cover up any of the vellum, so I decided to just put a simple oval and sentiment in the center. The sentiment is from Inkadinkado. I also felt like the card was a bit bare still, so I added the silver ribbon down the middle and the red bow at the top.

I think I had a bit better luck with my second card, which is for Beate's Weekend Sketch. I made a long card, which was different; but fun to do as well. I started with a brocade blue base. I added a piece of Handsome Hunter across the center. Yesterday I went to Michaels and bought some Tim Holtz distress ink in Firebrick red. This is the first time I've used this ink, and didn't realize that I needed a special applicator, so I just used a sponge to add the color. It's a nice ink to work with and I will definitely pick up some more and will be doing some more investigating into techniques for it. I embossed some snowflakes with white embossing powder and then spritz the entire piece with a bit of water. I ran another piece of Handsome Hunter paper through my CB with the Swirls embossing folder. I cut the two scallop circles with my Petite Scallop Circles Nestabilities. I cut a 2 15/16 white circle and stamped the Santa image from Inkadinkado in black ink. I used the same distress ink with my aqua painter to fill in the top of the hat. I used my E00 skin copic marker to color in his face. Now, it's hard to se in the picture; but I did add some irridescent ice embossing powder to Santa's beard, to give it a little sparkle. Finally, I embossed the sentiment also from the same Inkadinkado set at the top and finished the card. So, that's all for me today. I hope you all enjoy the rest of your weekend!
Posted by Dori Shelton at 6:43:00 AM

thanks for stoppin by my blog and commenting, your two Chrsitmas cards are adorable, I really like the the snow vellum....I am so vellum challenged...lol...yours is beautiful.....have a wonderful day!

Lovin' both of your cards!!! Great job on the bonus challenge over at Get Sketchy...love the faux stitching!

Thanks for joining us over at Get Sketchy!

Both Christmas cards look wonderful! I love the laughing Santa on the second one!
Thanks so much for playing!
Hugs and smiles

can never have too many cute Christmas cards. ;-) But you can have too much yucky weather. It finally cleared up today for us in VA. I hope it has in RI as well!

I just love your take for Get Sketchy, love the colors!
Thanks for playing!