Well, it certainly has been a LONG time since I've updated the blog. Almost an entire year...WOW! Obviously, a lot has happened in this year and I won't bore you with all the details, because you probably didn't really come here to read about me, right?! I'll just sum it up in a couple of quick sentences!

2) My son was diagnosed with Eosinophilic Esophagitis. Yes, it's as difficult to say as it is to spell; but not nearly as awful as it sounds. In a nutshell, he has an allergy to the protein found in cow's milk, so we have now moved into a completely dairy free diet for him. This has been a lifestyle change and a constant learning lesson for me as well as him. Believe me when I tell you...there is dairy in EVERYTHING!

3) I've become completely obsessed with Podcasts on my phone and my tablet. Just a random fact I thought I'd throw out there for you!

4) The crafting bug has come and gone so many times for me over the past year, I can't even comment on it!
Ok, so let's just jump right in and see if we can get things rolling again. I'm going to try to update as regularly as I can. I will link this post to the recipe page (found up there at the top) so if you want to make these donuts; and trust me you do...but can't right now, you can come back to the blog here and find it easily up there.
Here's what we're going to make today: Cinnamon Sugar Baked Donuts. These are fluffy airy cake-like donuts. These are NOT yeast donuts, so don't think you're getting a Krispy Kreme here. They are, however, easy to make and quick as well! 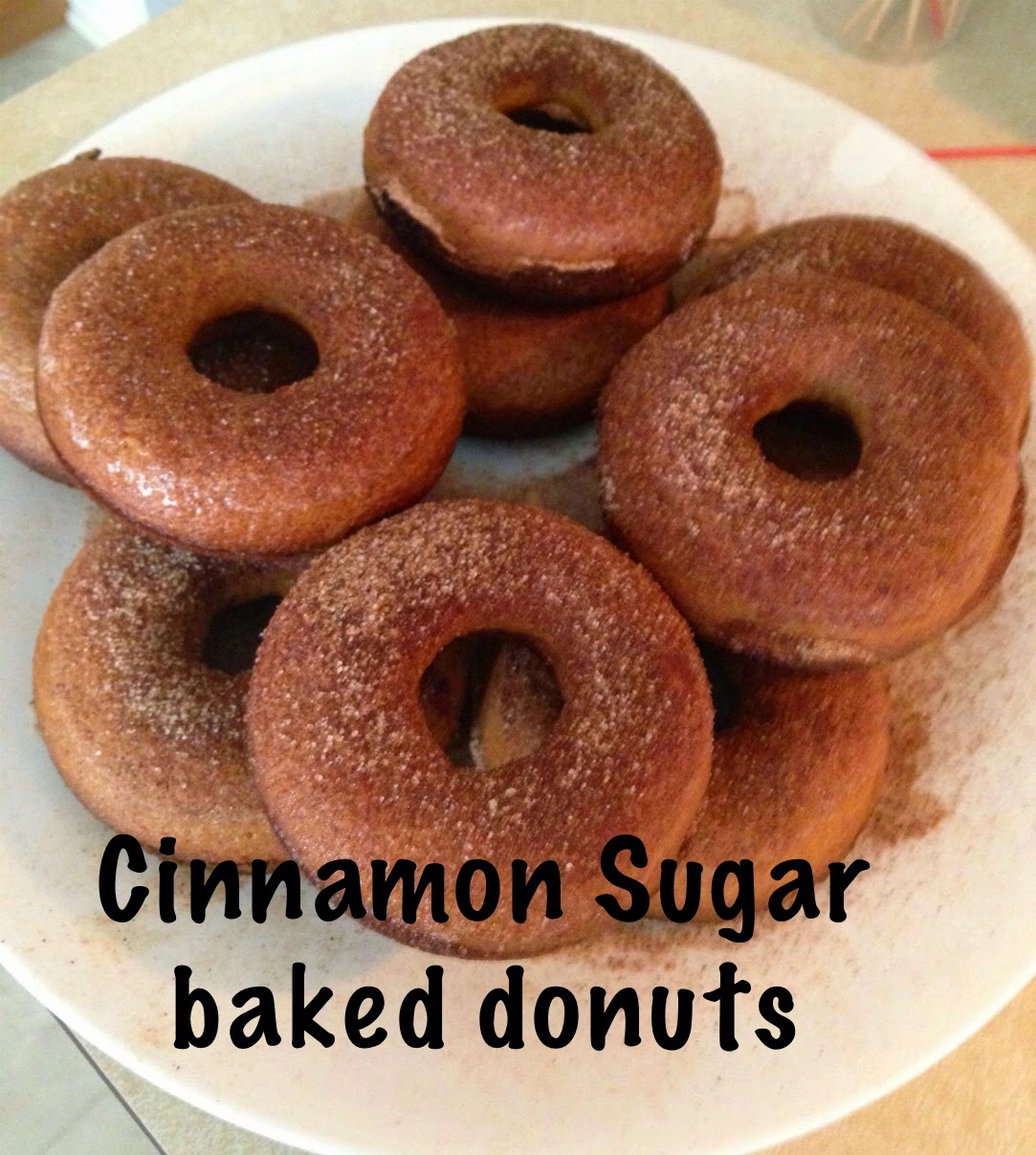 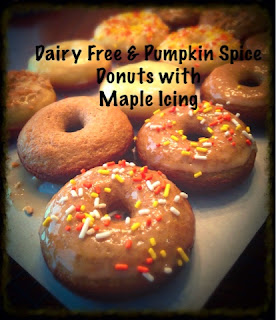 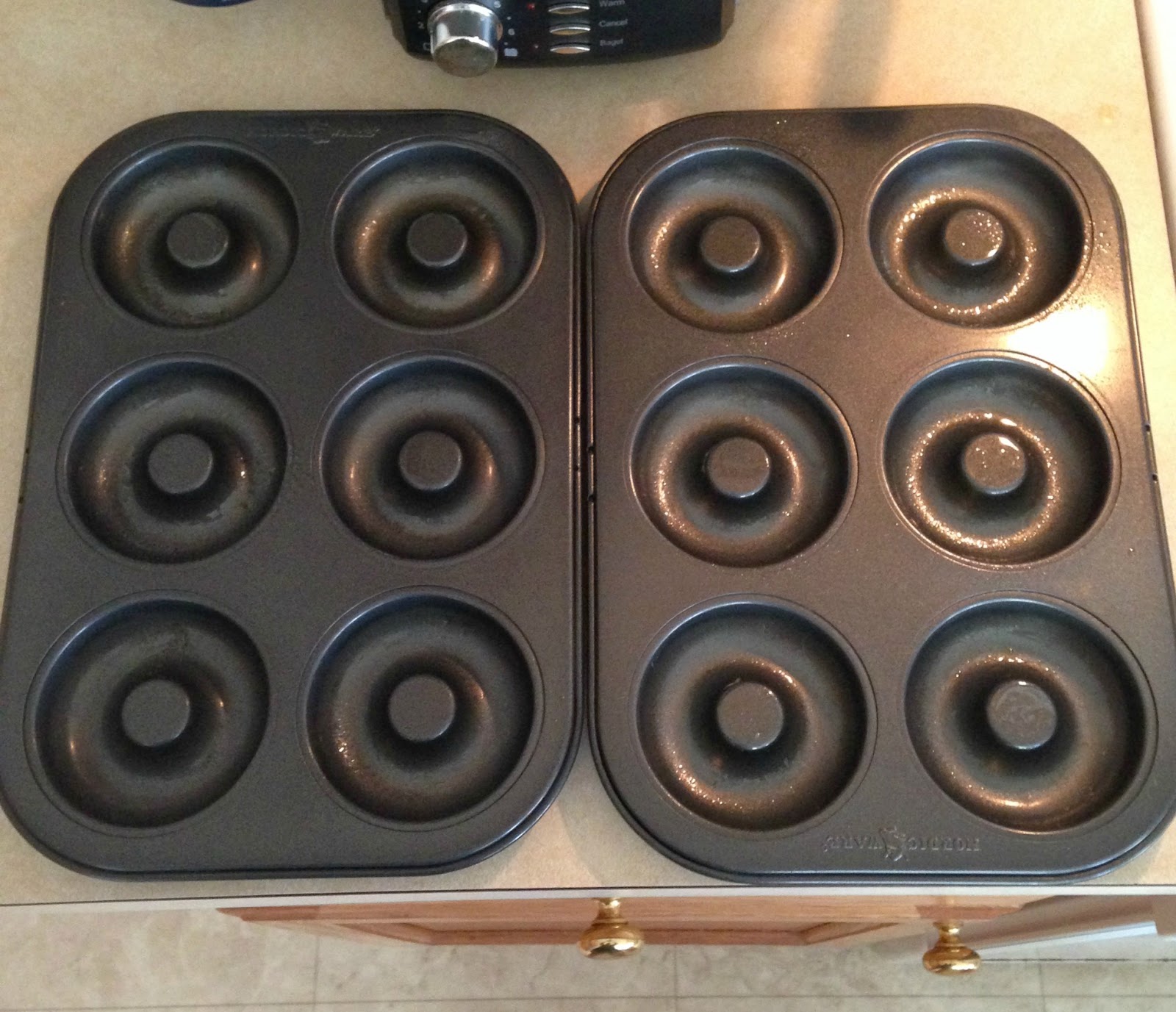 I bought these very cute donut pans at Target a while ago; and tried three or four times to use them and every time I did, it was a complete and utter failure. Honestly, it was pathetic, and completely discouraging. So in a fit of defeat, I stashed them away and thought nothing about them again. Until this morning, through various circumstances and a desire by Tyler to bake something with me, I decided to dig them out and try again. I took the recipes I'd found and modified and tweaked them and this is what I came up with.

Step 1: Gather up some donut making ingredients and pre heat your oven to 450 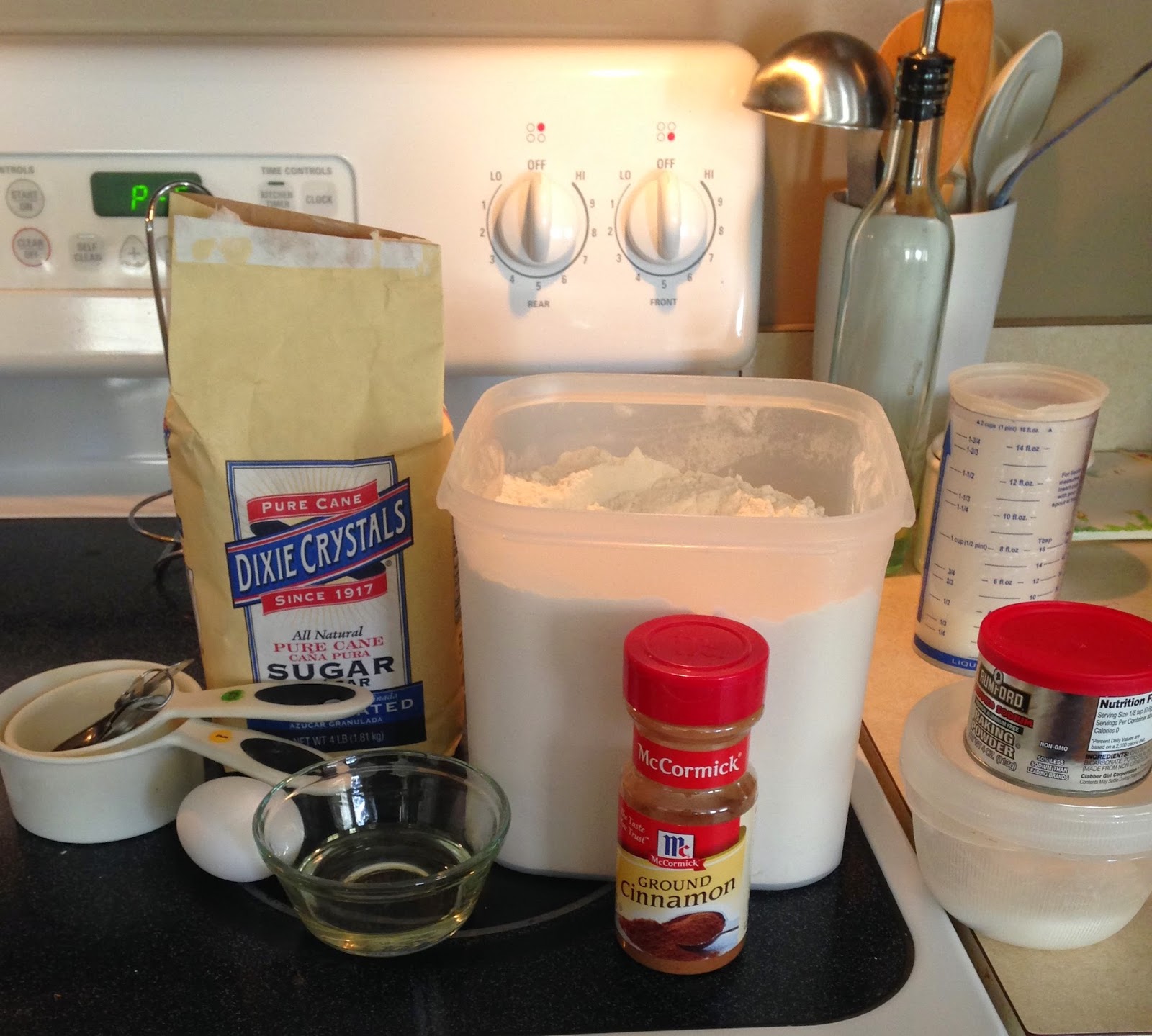 
Step 2: Secure the assistance of a cute helper. Optional step; but highly recommended! 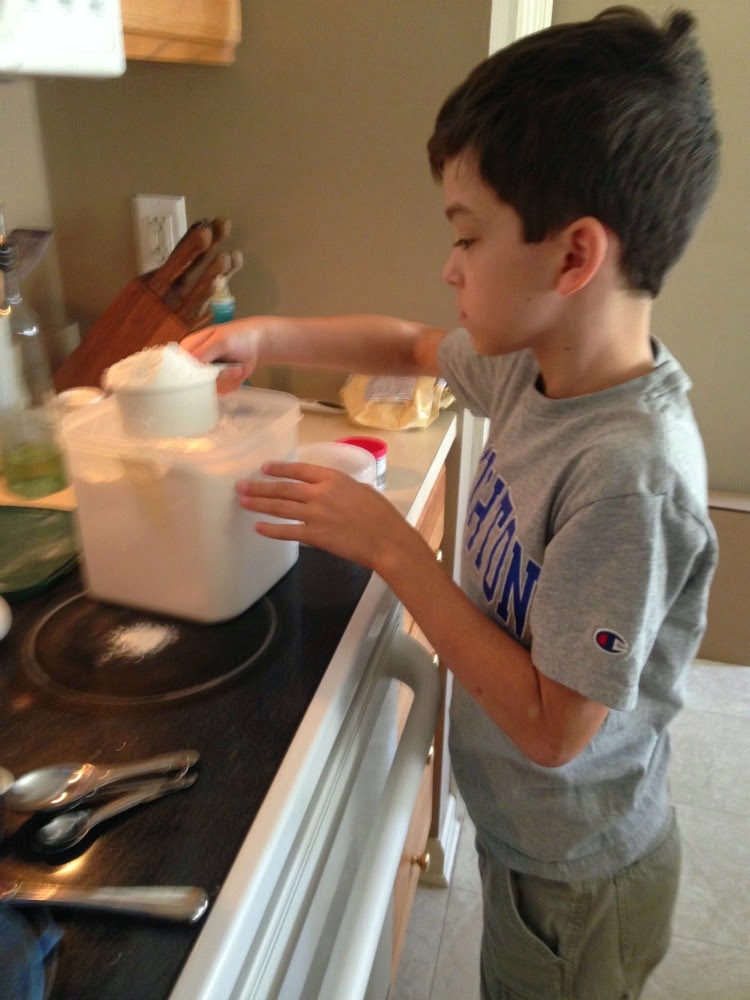 Step 3: Measure all your dry ingredients together and then add the egg and the milk and whisk for one minute. One full minute...set the timer and get your whisk on, use those muscles!! Add the oil and continue to whisk until combined. (Sorry for the blurry picture) 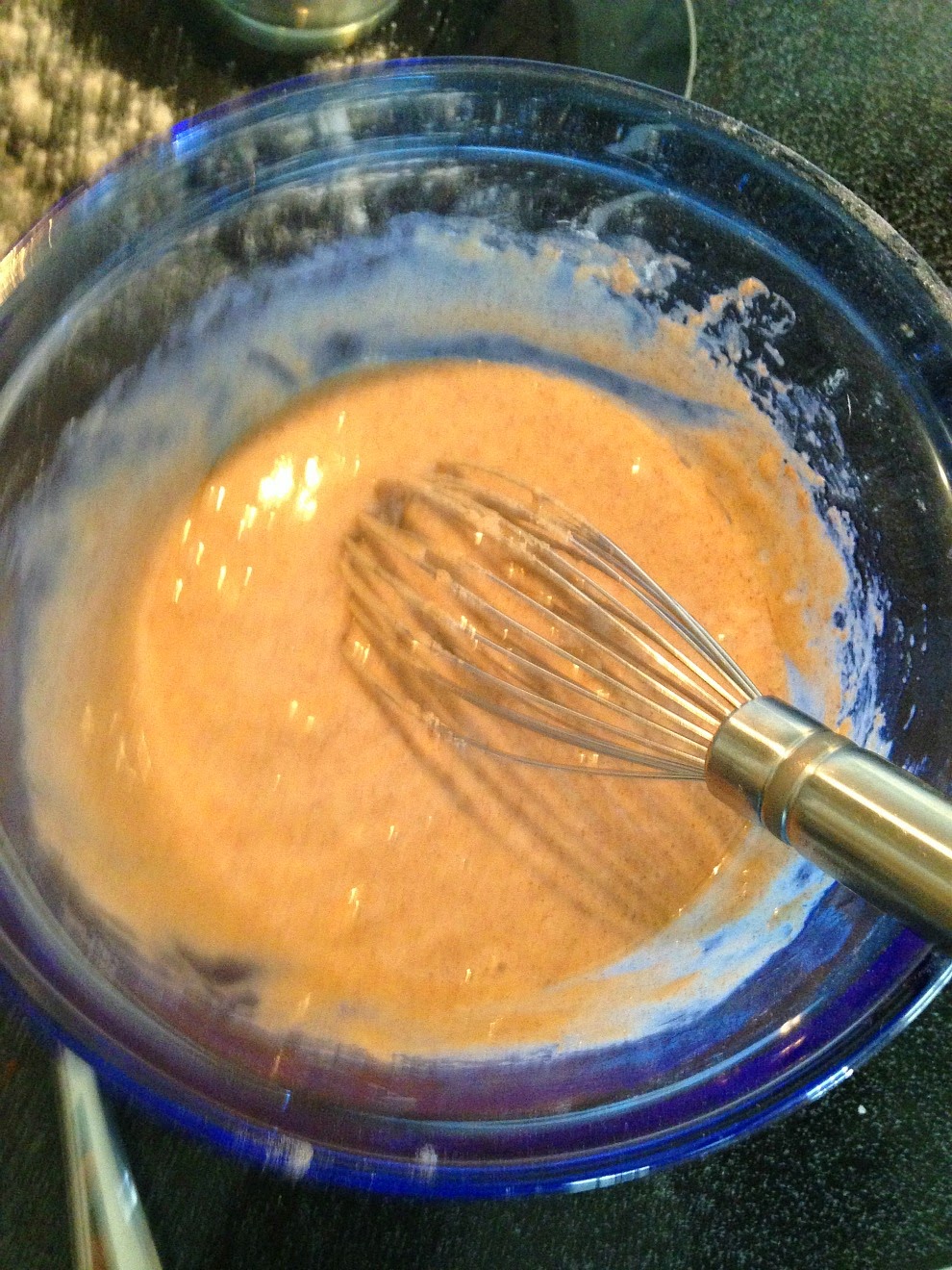 Step 4: Fill up the donut pans (I used a ziploc bag with the corner snipped off for easier filling) Don't over fill them...try not to anyhow! 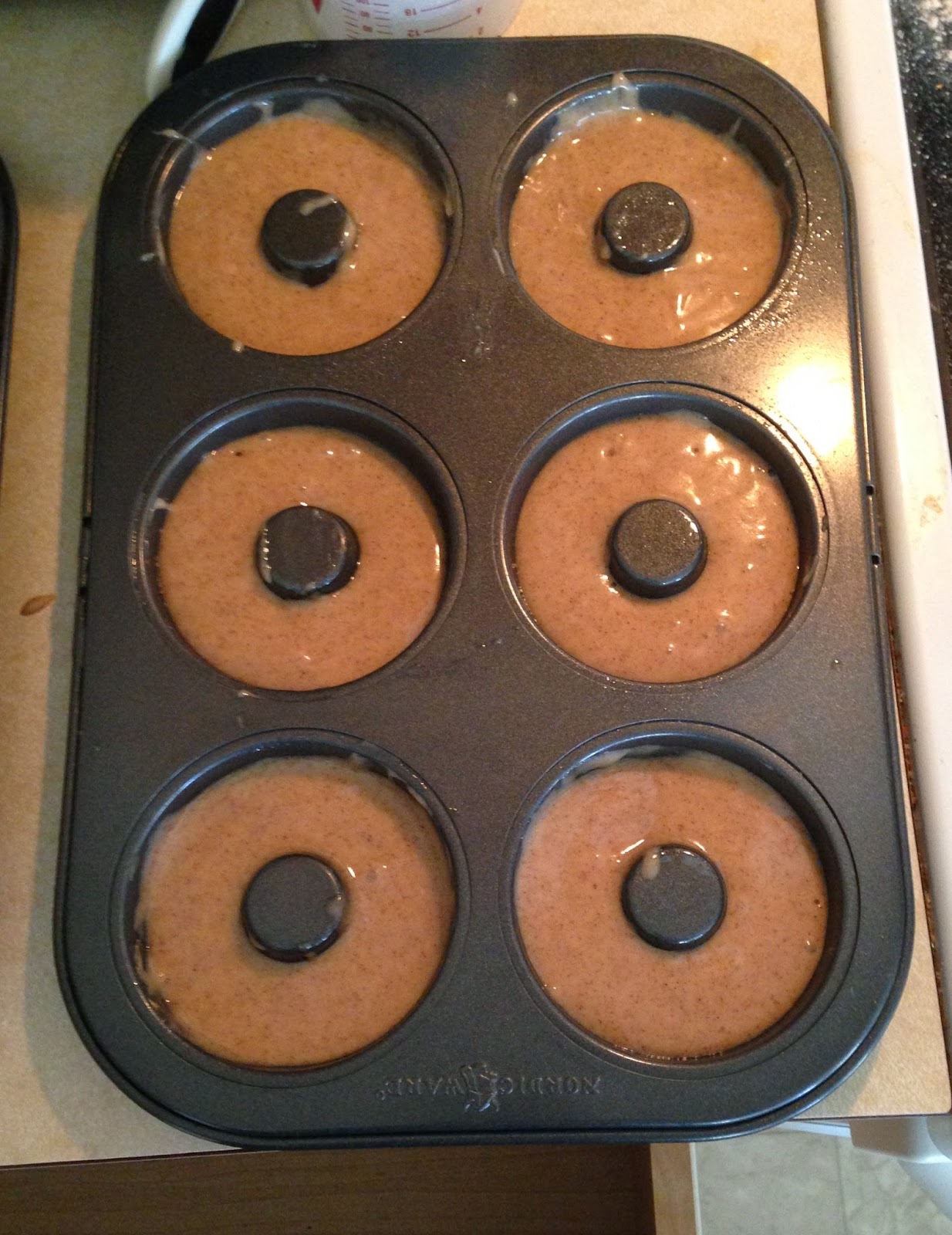 Step 5: Bake in the oven at 450 for 8 minutes. Set the timer for 10; but they will probably be done at 8. Cool slightly on a wire rack and then dip the warm donut in melted butter and sprinkle with cinnamon sugar and then bask in the fluffy golden sugary goodness of these yummy yummy treats! Next time I make these, I intend to try them with a bit of almond milk so they will be dairy free for my son. I'll update and let you know how that turns out.

So, that's all for now. Thanks for visiting. Come back again tomorrow for a crafty blog post. Enjoy the rest of your day!